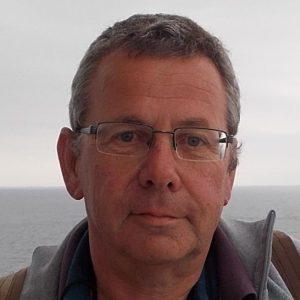 For nearly a quarter of a century, he worked for Munich International Airport. He was responsible for the successful and smooth technical startup of Terminal 2 in 2003 and developed the Facility Management for the Airport in the following years.

From 2005 – 2007 he was responsible for the successful implementation of a group-wide optimization and cost reduction program in the technology departments of the airport.

In 2008 he became Vice President, responsible for Environment and Sustainability. He was, among other things, responsible for ensuring the legal requirements in the areas of aircraft noise and air pollution as well as soil and water protection. In this period, he developed the Sustainability Strategy for Munich Airport and under his direction the first Sustainability Report for the Airport was created.

In 2013 he became self-employed as a consultant in Sustainability, Environment, Renewable Energies, Facility Management and start-up Operation Management. He founded PlusB Consulting and advises companies, cities and municipalities. Michael Wühle also leads Seminars at the TÜV-Rheinland Academy on the subject of Sustainability.

At the end of 2013, Michael Wühle was founder and elected Senior Vice President of the new International Association for Sustainable Aviation (IASA e. V.). In 2014 he developed the certification system Sustainability. Now.®, based on the ISO 26000 “Guidance on Social Responsibility”. In the same year, together with his colleague on the board, Rudolf Dörpinghaus, he developed the brand IASA Certified Sustainability®.

He is chairman of the Energy Agency Oberbayern eG, which he founded in June 2018.