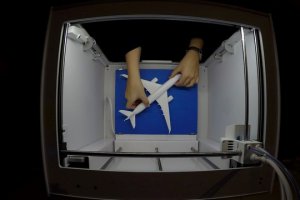 Heathrow, September 18, 2017: British Airways has entered a partnership to design a series of waste plants that convert household waste into renewable jet fuel to power its fleet.

The partnership, with Velocys, a renewable fuels company, is part of the airline’s plans to develop long-term, sustainable fuel options.

The first plant will take hundreds of thousands of tons of household waste per-year, destined for landfill or incineration, including nappies, plastic food containers and chocolate bar wrappers, and convert it into clean-burning, sustainable fuels. This will contribute to the airline’s commitment to reduce net emissions by 50 per cent by 2050.

As well as helping the airline industry reduce its carbon emissions this initiative will also significantly reduce the amount of waste going to landfill. The UK still sends more than 15 million tons of waste per year to landfill sites which not only damages our natural environment but also releases further greenhouse gases (GHG) affecting climate change.

The planned plant will produce enough fuel to power all British Airways’ 787 Dreamliner operated flights from London to San Jose, California and New Orleans, Louisiana for a whole year. It would be the first plant of this scale. The airline plans to supply its aircraft fleet with increasing amounts of sustainable jet fuel in the next decade.

The jet fuel produced at the plant will deliver more than 60 per cent greenhouse gas reduction, compared with conventional fossil fuel, delivering 60,000 tons of CO2 savings every year. This will contribute to both global carbon emissions reductions and local air quality improvements around major airports.

During the past week the Department for Transport has published changes to the Renewable Transport Fuels Obligation (RTFO), and for the first time, sustainable jet fuel will be included in its incentive scheme. These changes to the RTFO are designed to promote sustainable aviation. Once implemented, they are expected to provide long term policy support for this market.

Willie Walsh, IAG chief executive, said: “Sustainable fuels will play an increasingly critical role in global aviation, and we are preparing for that future. Turning household waste into jet fuel is an amazing innovation that produces clean fuel while reducing landfill.” 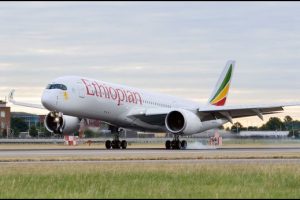 Heathrow, November 15, 2016:  A new report released by Heathrow ranks British Airways’ short-haul fleet as the quietest flying to the west London airport. The latest Heathrow Fly Quiet league table also shows the impact of the airport’s policies incentivizing airlines to fly their cleanest and quietest aircraft to Heathrow as the number of super-quiet Airbus A350 flights doubled and Boeing 787 Dreamliner flights have risen by 19 per cent.

Qatar Airways last week became the third carrier to fly the super-quiet Airbus plane, which made its debut last year, joining Finnair and Ethiopian on the London route, increasing the daily number of A350 flights to six. The A350’s noise footprint is about 50% smaller than its predecessor models and is contributing to a better noise environment for local communities. Twenty-one of Heathrow’s airlines have ordered A350s.

Meanwhile, Boeing 787 Dreamliner flights increased from 6,300 to 7,500 over the three-month period to October.

British Airways short-haul – the airport’s biggest – is also the quietest fleet flying into Heathrow, with the UK’s flag carrier reporting exceptional performance thanks to noise-reducingenhancements to its fleet of Airbus A320 planes and operating procedures that take noise over the ground into consideration.

Singapore Airlines climbed 21 places to 19th thanks to its use of quieter aircraft and improved procedures.

Due to the ‘Fly Quiet’ program super-quiet Airbus A350 flights doubled at Heathrow airport in Q3, 2016

Commenting on the report, Heathrow’s Chief Executive, John Holland-Kaye said: “The Fly Quiet program helps airlines improve their noise performance and provides incentives for them to fly their newest, quietest aircraft to Heathrow, helping the airport be a better neighbor.  “We will continue to work with airlines and local communities to be a leader in sustainable aviation.”