Sony Group Corporation (“Sony”) plans to release the “Airpeak S1” as the first model in Airpeak line, which has been developed with the intention of contributing to the further development of drones and the utmost in value creation. The commercial drone, Airpeak S1 will be the world’s smallest drone able to be equipped with a full-frame mirrorless interchangeable-lens α camera, enabling dynamic and precise flight with high agility by using a proprietary motor, propeller, control system and sensing technology, and supporting the creative expression of its users to the fullest. It also supports the production of high-quality aerial images with a remote controller that can control the aircraft at will, obstacle detection and automatic flight control via sensing, and increased flight safety via cloud management of the aircraft and flight information.

Stable flight even in strong winds

Stereo cameras equipped with Sony’s image sensors are installed in 5 locations (front, back, left, right, bottom) of the aircraft. Sony’s Vision Sensing Processor, which processes camera data at high speed, and proprietary algorithms are used to accurately estimate the aircraft’s spatial position and orientation in real time, enabling stable flight even in environments where GNSS reception may be affected or hindered, such as indoors or under bridges. Airpeak S1 integrates visual information with sensor information such as IMU (Inertial Measurement Unit), direction, barometric pressure, infrared ranging, etc., estimates self-position and attitude with high accuracy, and recognizes the surrounding space in real time. This enables stable flight even under conditions where it is difficult to receive GNSS, such as indoors and under bridges.

A wide range of cameras and lens options 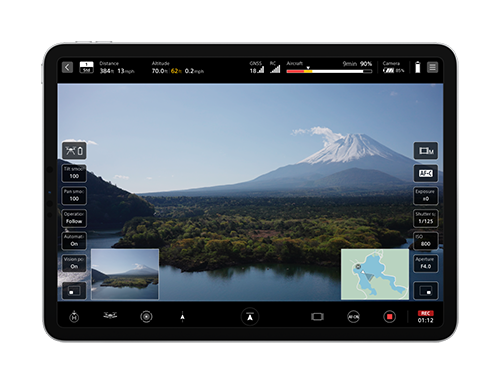 “Airpeak Flight”, a remote controller with high operability and a mobile app that allows centralized control of the aircraft and equipment. 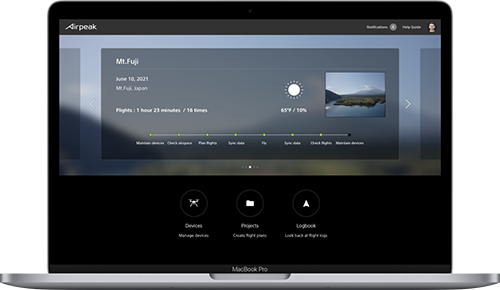 Integrated management in the cloud with “Airpeak Base”

“Airpeak Plus” a cloud service that allows users to use the rich features of Airpeak Base, and “Airpeak Protect Plan” a service plan to cover accidental damage to the product, will be made available. Further details will be available on the Airpeak website before the products go on sale.

Did we spark your interest? If you want to actively support IASA eV, you can do that either as an individual or as a company.