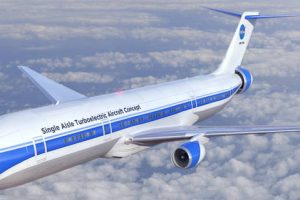 Cleveland, November 7, 2017: An aviation renaissance, one focused on energy efficiency and economic impact, is on the horizon, and it’s changing how engineers look at aircraft power and design.

“I feel we are at a tipping point in commercial aviation,” says Jim Heidmann, manager of NASA’s Advanced Air Transport Technology Project (AATT). “We are exploring and developing game-changing technologies and concepts for aircraft and propulsion systems that can dramatically improve efficiency and reduce environmental impact and accelerate the introduction of new aircraft.”

To provide better efficiency with less noise and fewer emissions, NASA is working with the aviation industry and academia to develop unique vehicle concepts that will use different fuselage shapes; longer, skinnier and more blended wings; innovative materials and components; and highly-integrated propulsion (engine) systems.

NASA aims to accelerate the final testing and validation of these advanced concepts and technologies through its New Aviation Horizons initiative. This initiative outlines the development of a series of experimental planes (X-planes), which will achieve the agency’s aircraft-level metrics for fuel consumption, emissions and noise.

The work has already begun under New Aviation Horizons as NASA is preparing to build and fly the first such X-plane – a low-boom supersonic flight demonstrator.

A turboelectric aircraft configuration is among several candidates for future subsonic transport X-planes that will prove the benefits of these advanced technologies in piloted flight within the next decade.

One of the most pivotal areas of commercial aviation’s transformation centers around propulsion, and a team of engineers at NASA’s Glenn Research Center in Cleveland is conducting cutting-edge research into high-pressure-ratio compact gas turbine engines, low-emission combustors, electric-enhanced propulsion and boundary-layer ingesting (BLI) engines.

“We believe global competition and international certification standards will drive reduced fuel consumption and more efficient aircraft and propulsion concepts that may use cleaner forms of energy,” said Heidmann. “We also see the potential emergence of alternative modes of commercial transport, such as on-demand and flight service between rarely-traveled locations, both of which would represent new markets and potential beneficiaries of revolutionary propulsion technologies.”

Some of the key propulsion system advances the NASA Glenn team is pursuing converge in an aircraft concept study called STARC-ABL (single-aisle turboelectric aircraft with an aft [at the rear of the aircraft] boundary-layer propulsor).

The STARC-ABL concept, developed by NASA’s Jim Felder and Jason Welstead, is under consideration as one of NASA’s future X-planes. It looks similar to the proven tube-and-wing aircraft you see every day. But, unlike those aircraft, a significant amount of electrical power, approximately three megawatts, is used for turboelectric propulsion, in addition to the electrical operation of subsystems like flight controls, avionics and de-icing.

Imagine a Boeing 737, but with slightly smaller engines. Not a dramatic design departure, but STARC-ABL’s tail features a “T-tail” horizontal stabilizer configuration with a BLI ducted fan on the tail, which is driven purely by electric power derived from generators mounted to the underwing engines.

The wing-mounted engines supply 80 percent of the thrust required during takeoff and 55 percent at cruise, while the tail-mounted, all-electric BLI turbofan accounts for remaining thrust. Researchers predict a potential fuel consumption improvement of roughly 10 percent using this innovative system.

Next Step: Collaboration leads to solutions

To further investigate the challenges surrounding the hybridization of commercial aircraft, NASA is looking to industry and academic expertise for solutions.

“During the 12-month cycle, we’ll work with the teams to take a deep dive into their hybrid and turboelectric aircraft concepts,” said Amy Jankovsky, NASA’s AATT subproject manager. “These concepts will provide in-depth, detailed analyses of the propulsion and electrical systems, and we will recommend technology development paths for their concepts.”

The year-long study will also reveal new development approaches and any unforeseen technological hurdles, as well as any safety and flight certification challenges that could get an aircraft like STARC-ABL or other next-generation, hybrid or turboelectric aircraft concepts aloft within 20 years.

And while those proposed industry concepts could look like STARC-ABL, the real objective is to transform commercial aviation by using new propulsion technologies that meet NASA’s aircraft-level requirements of energy use, life-cycle carbon, landing-and-takeoff emissions and noise.

Final reports from the industry study will outline hybrid-electric and conventional single-aisle aircraft concept designs, technology roadmaps for the major electrical systems and aircraft subsystems, and the evaluation of the concepts’ performance against NASA aircraft metrics.

“As we move forward, we’d like to further develop the powertrains for these and any other concepts that may prove viable by building and testing them at NEAT and other NASA facilities,” said Jankovsky. “We’ll identify key performance parameters for components such as motors, generators and power electronics, and any wind tunnel, altitude and other ground tests and flight demonstrations that are appropriate.”

Ultimately, NASA hopes to contribute to a next-generation aircraft that will substantially reduce fuel burn, noise and emissions. Many researchers feel we are only a few steps away from a major aviation revolution, and that a commercial aircraft using NASA-developed, hybrid-electric or turboelectric propulsion technology could be flying to an airport near you in the not too distant future. 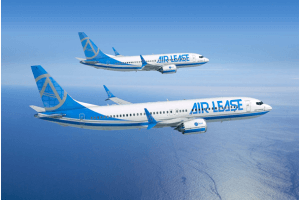 Since the first LEAP-powered commercial flight on August 2, 2016, more than 75 LEAP-powered aircraft have entered service with a total of 15 operators on four continents.  In addition to Pegasus, AirAsia, Air India, Avianca Brazil, Azul, Citilink, easyJet, Frontier, Interjet, Nova Airlines, SAS, SriLankan, Virgin America, Vistara, and WOW air have all taken delivery of at least one LEAP-powered airplane.  Overall, this fleet has logged more than 200,000 flight hours and 100,000 flight cycles.

“The LEAP engine entry into service is the most successful in our history and has been exceptional by any measure,” said Gaël Méheust, president and CEO of CFM International, a 50/50 joint company between GE (USA) and Safran Aircraft Engines (France) and the world’s leading supplier of commercial aircraft engines.  “Our customers are thrilled with the fuel efficiency the engines is providing, as well as the world-class utilization level they are achieving with this very important asset.  Aircraft powered by the LEAP engine are flying more than 95 percent of available days.  This is simply unprecedented for a new engine.”

The LEAP is providing operators a 15 percent improvement in fuel consumption and CO2 emissions compared to today’s best CFM engine, along with dramatic reductions in engine noise.  All this technology is focused on providing better utilization, including CFM’s legendary reliability out of the box; greater asset availability; enhanced time on wing margins to help keep maintenance costs low; and minimized maintenance actions, all supported by sophisticated analytics that enable CFM to provide tailored, predictive maintenance over the life of the product. For more information, please visit www.cfmaeroengines.com.

Air Lease Corporation has just finalized its order for additional CFM International LEAP-1B engine to power 12 new Boeing 737 MAX aircraft, including five 737 MAX 7 and seven MAX 8 aircraft. The engine order is valued at $348 million U.S. at list price and deliveries are scheduled to begin in 2022 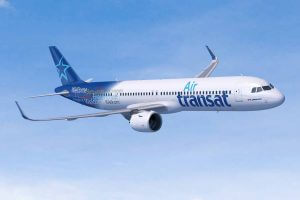 Toulouse, France, July 11, 2017 – Ten Airbus A321LR aircraft will be joining the fleet of Canadian airline Air Transat, making it the first North American operator of the longest-range single-aisle aircraft in the world. Air Transat will lease the aircraft through a deal with AerCap, and plans entry into service starting in 2019.

The A321LR builds on the success of the A321neo, which has captured over 80 percent of the market share with more than 1,400 orders to date. The LR option extends the aircraft’s range to up to 4,000 nautical miles and brings with it a 30-percent reduction in operating cost compared to its nearest competitor.

“This is an ideal aircraft for the North American market, and particularly for a carrier like Air Transat,” said John Leahy, Airbus Chief Operating Officer-Customers. “It gives operators a highly efficient and affordable modern option for their transatlantic routes, and we look forward to other North American carriers following Air Transat’s example.”

The A321LR enables airlines to access new long-haul markets that were previously inaccessible with current single-aisle aircraft. With 206 passengers in a typical two-class layout, the A321LR offers the possibility for each passenger to carry up to three bags.

The A320neo family incorporates the very latest technologies, including new-generation engines and Sharklets, which together deliver at least 15 percent fuel savings at delivery and 20 percent by 2020, as well as a 50-percent noise reduction. With more than 5,100 orders received from over 90 customers since its launch in 2010, the A320neo family has captured some 60 percent share of the market.