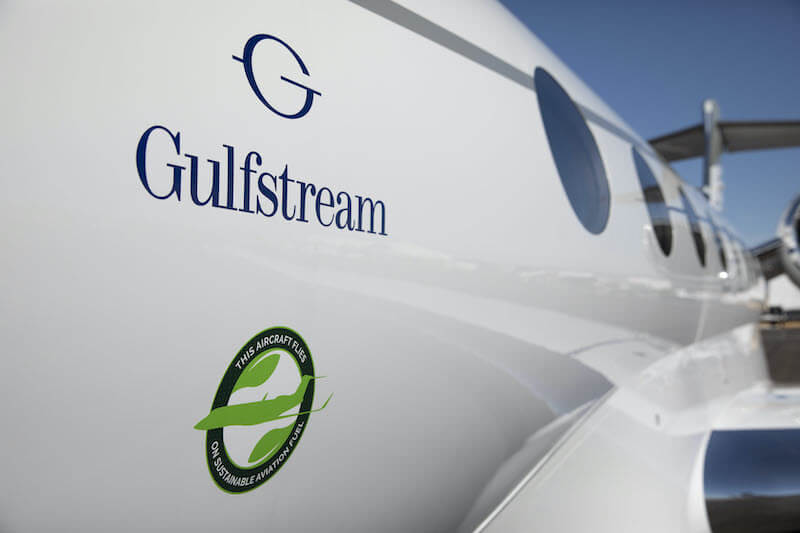 Gulfstream President Mark Burns announced the deal today during the Virtual 2020 Business Aviation Sustainability Summit to discuss pathways to accelerate the market for SAF. Per gallon, SAF has at least a 60 percent smaller carbon footprint than conventional jet fuel on a lifecycle basis.

This contract extends Gulfstream’s original multiyear purchase agreement, which was the first of its kind in business aviation when it was signed in 2015. Since March 2016, Gulfstream has used SAF for its Savannah-based fleet, which comprises corporate, demonstration, completion, Customer Support and flight test aircraft. The company has made more than 650 flights with an SAF-JET A fuel blend, flying more than 1.3 million nautical miles and reducing carbon dioxide emissions by approximately 1,700 metric tons.

“This renewal marks another step in our ongoing commitment to promoting positive change in our industry,” said Mark Burns, president, Gulfstream. “Reducing our impact on the environment by using SAF is a move we all should consider making. Creating a sustainable future for aviation is a responsibility we share, and we appreciate the leadership, innovation and collaboration of World Energy in helping Gulfstream — and the industry at large — fulfill that responsibility.”

Gulfstream’s sustainability strategy helps support industry goals established by the National Business Aviation Association, the General Aviation Manufacturers Association and the International Business Aviation Council. The goals are a 50 percent reduction in carbon dioxide emissions by 2050 relative to 2005 levels; a 2 percent improvement in fuel-efficiency per year from 2010 to 2020; and carbon-neutral growth from 2020 onward.

The renewable fuel used by Gulfstream is produced by World Energy at its refinery in Paramount, California, from a feedstock of agricultural waste, fats and oils. Fuel and aviation services provider World Fuel Services manages the logistics, including distribution of SAF to Gulfstream on both U.S. coasts. In addition to using the 30/70 blend of low-carbon, drop-in SAF at its Savannah headquarters, Gulfstream makes it available for customers at its Van Nuys and Long Beach, California, service centers. SAF is the only fuel on-site at Gulfstream Long Beach, which also uses it for completions and delivery flights.

“The innovative partnership between Gulfstream and World Energy paved the way for a larger sustainability movement,” Burns said. “For almost a decade, we have leveraged our collaboration with World Energy to increase awareness and availability of SAF around the world. We look forward to continuing that work.”