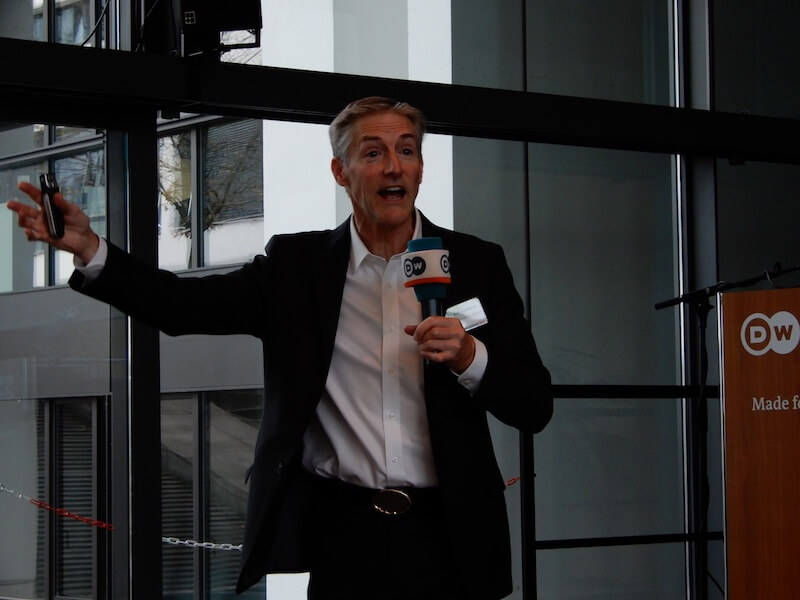 Erik Lindbergh – whose name is synonymous not just with his legendary grandfather, but with leadership in sustainability, new aviation technologies and building a next-generation aviation workforce – today led a powerful EBACE Connect conversation, in which he outlined several predictions for the industry’s future.

Since retracing the historic transatlantic crossing of his grandfather, Charles Lindbergh, in 2002, Erik Lindbergh has pioneered key initiatives aimed at building tomorrow’s aviation community. That includes serving on the board of the XPRIZE Foundation and co-founding electric aircraft propulsion development company VerdeGo Aero.

“There’s risk any time you’re trying to push the boundaries of anything,” Lindbergh told NBAA President and CEO Ed Bolen, in the EBACE Connect discussion, held in Lindbergh’s Museum of Flight in Seattle, WA. “People will laugh at you and [tell you] ‘oh, that’s not practical.’ But we have to do stuff like that if we’re going to progress as humanity. We have to take risks.”

Lindbergh specifically noted how incentives like XPRIZE, and the $25,000 Orteig Prize that compelled his grandfather to fly across the Atlantic in 1927, can help to achieve seemingly impossible goals. Before Charles Lindbergh’s flight, “people who flew airplanes were called barnstormers and daredevils,” he said. “After he flew across the Atlantic, [they] were called pilots and passengers. It was a huge shift in the world’s perspective about what aviation could be used for.”

Lindbergh noted that efforts are now underway to commemorate the 100th anniversary of his grandfather’s flight in a “low carbon or zero carbon” aircraft. “I think this is the most extraordinary and exciting time that I’ve ever seen in aviation,” he said. “I really want to use this opportunity, when the globe is paying attention, to have a big lever to create positive change – and I can do that.”

The XPRIZE Foundation is also focused on efforts to foster an “infinitely sustainable” aviation industry through the Forever Flight Alliance. “We’re building the brain trust,” Lindbergh said, “bringing in folks such as NBAA and others in the industry who can help identify the challenges and the barriers and then look at the potential prizes that we can use to overcome those barriers.

“[The industry is responsible for] a very small fraction of carbon emissions, but we get a high amount of attention for them,” he added. “It’s very important that we lead at this time, especially as more and more attention is focused on us.”