Washington, D.C., December 14, 2015: Using new, high-resolution global satellite maps of air quality indicators, NASA scientists tracked air pollution trends over the last decade in various regions and 195 cities around the globe. The findings were presented at the American Geophysical Union meeting in San Francisco and published in the Journal of Geophysical Research.

“These changes in air quality patterns aren’t random,” said Bryan Duncan, an atmospheric scientist at NASA’s Goddard Space Flight Center in Greenbelt, Maryland, who led the research. “When governments step in and say we’re going to build something here or we’re going to regulate this pollutant, you see the impact in the data.”

Duncan and his team examined observations made from 2005 to 2014 by the Dutch-Finnish Ozone Monitoring Instrument (O3) aboard NASA’s Aura satellite. One of the atmospheric gases the instrument detects is nitrogen dioxide, a yellow-brown gas that is a common emission from cars, power plants and industrial activity. Nitrogen dioxide can quickly transform into ground-level ozone, a major respiratory pollutant in urban smog. Nitrogen dioxide hotspots, used as an indicator of general air quality, occur over most major cities in developed and developing nations.

The science team analyzed year-to-year trends in nitrogen dioxide levels around the world. To look for possible explanations for the trends, the researchers compared the satellite record to information about emission controls regulations, national gross domestic product and urban growth.

“With the new high-resolution data, we are now able to zoom down to study pollution changes within cities, including from some individual sources, like large power plants,” said Duncan.

The United States and Europe are among the largest emitters of nitrogen dioxide (NO2). Both regions also showed the most dramatic reductions between 2005 and 2014. Nitrogen dioxide has decreased from 20 to 50 percent in the United States, and by as much as 50 percent in Western Europe. Researchers concluded that the reductions are largely due to the effects of environmental regulations that require technological improvements to reduce pollution emissions from cars and power plants.

China, the world’s growing manufacturing hub, saw an increase of 20 to 50 percent in nitrogen dioxide, much of it occurring over the North China Plain. Three major Chinese metropolitan areas — Beijing, Shanghai, and the Pearl River Delta — saw nitrogen dioxide reductions of as much as 40 percent.

The South African region encompassing Johannesburg and Pretoria has the highest nitrogen dioxide levels in the Southern Hemisphere, but the high-resolution trend map shows a complex situation playing out between the two cities and neighboring power plants and industrial areas.

“We had seen seemingly contradictory trends over this area of industrial South Africa in previous studies,” said Anne Thompson, co-author and chief scientist for atmospheric chemistry at Goddard. “Until we had this new space view, it was a mystery.”

The Johannesburg-Pretoria metro area saw decreases after new cars were required in 2008 to have better emissions controls. The heavily industrialized area just east of the cities, however, shows both decreases and increases. The decreases may be associated with fewer emissions from eight large power plants east of the cities since the decrease occurs over their locations. However, emissions increases occur from various other mining and industrial activities to the south and further east.

To view and download high-resolution air quality maps, go to:

For more on NASA’s research into nitrogen dioxide, and air quality data for 195 cities, visit: 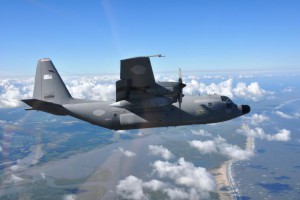 Washington DC, Nov. 4, 2015: NASA begins a five-year study this month of the annual cycle of phytoplankton and the impact that small airborne particles emitted from the ocean have on the climate-sensitive North Atlantic.

The North Atlantic Aerosols and Marine Ecosystems Study (NAAMES) will collect data during ship and aircraft measurement campaigns and combine that data with continuous satellite and ocean sensor readings. The first of four seasonal research missions begins Nov. 6 and continues through early December.

“We will be studying an ocean region that every year exhibits one of the largest natural phytoplankton blooms on Earth,” said Mike Behrenfeld, NAAMES principal investigator from Oregon State University in Corvallis. “These plankton are also known to release organic compounds into the atmosphere that can be measured as far away as Ireland. That makes the North Atlantic an ideal place to study how plankton blooms are recreated each year by ecological and physical processes, and how ocean biology is involved in the sea-air exchange of organic aerosols and trace gases that may influence clouds and climate.”

The C-130H will fly eastward to rendezvous with and overfly the global-class, floating laboratory-ship Atlantis during its approximately 26-day research cruise. By combining ship, airborne, computer modeling, sustained satellite and autonomous sensor data, scientists hope to improve their predictions of ecosystem and aerosol changes in a warming ocean.

Plankton ecosystems in the ocean are strongly interconnected with climate and life on Earth.

Plankton production, responding to a warming climate, results in environmental impacts such as changes in fisheries production, uptake of atmospheric carbon dioxide (CO2), and ocean emissions of climate-regulating aerosols. The ability to predict the consequences of a warming ocean depends on resolving conflicting theories about what controls plankton ecosystems and their aerosol emissions. 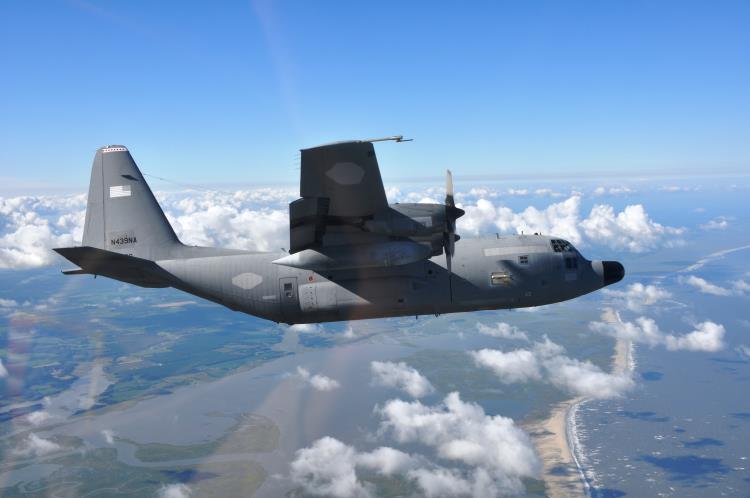 NASA researchers collect and study data from space, air, land and sea to tackle challenges facing the world today, including improved environmental prediction and natural hazard and climate change preparedness. NASA develops new ways to observe and study Earth’s interconnected natural systems with long-term data records. The agency freely shares this unique knowledge and works with institutions around the world to gain new insights into how our planet is changing. 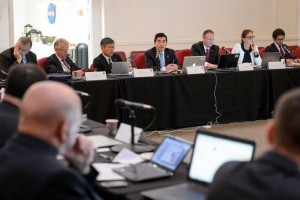 “IFAR membership is growing and the group is maturing with every passing year,” said Jaiwon Shin, associate administrator of NASA’s Aeronautics Research Mission Directorate in Washington and current IFAR chair. “More and more countries understand that forming a cohesive group to leverage our respective resources can make real progress on solving many of the global aviation issues we all face.”

IFAR participants commended NASA for its leadership in alternative fuels and air traffic management research and development, and its supersonics working groups. They agreed these working groups should continue their important work for the foreseeable future. Research into aircraft efficiency, noise and weather, which is led by the German Aerospace Center DLR, French aerospace lab ONERA, and Netherlands Aerospace Centre also were highlighted as focus areas warranting innovative collaborations.

In addition to its scientific and technical expertise, IFAR promotes exchanges among young aviation scientists and engineers. During a Young Researchers Conference held at this year’s summit, 18 participants from a number of countries, including the United States, Germany, Japan, and South Africa exchanged views on the future of aviation as contributions to IFAR´s own vision. 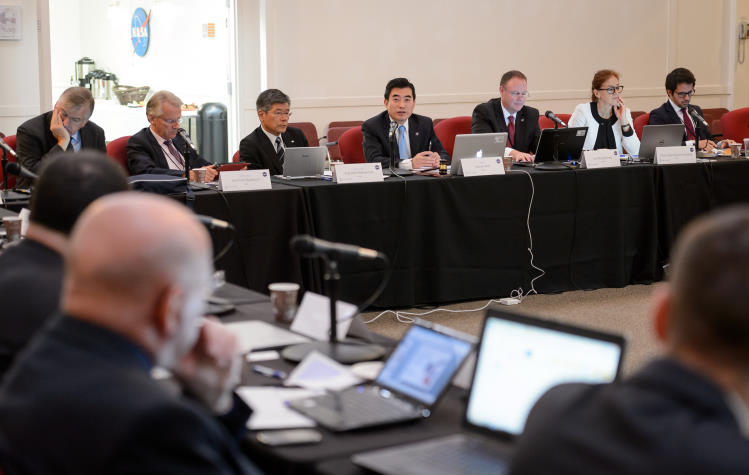 Representatives from 21 aviation research organizations around the world came together this week at NASA’s Ames Research Center at Moffett Field, California to explore solutions for many of today’s most significant aviation challenges.

The next IFAR summit will be hosted in the fall of 2016 by the Korea Aerospace Research Institute in Daejeon, Republic of South Korea.

For more information about IFAR, go to: http://www.ifar.aero