“Today, we made history,” said Greg McDougall, CEO and founder of Harbour Air Seaplanes. “I am incredibly proud of Harbour Air’s leadership role in re-defining safety and innovation in the aviation and seaplane industry. Canada has long held an iconic role in the history of aviation, and to be part of this incredible world-first milestone is something we can all be really proud of.”

Earlier this year, Harbour Air announced its partnership with magniX and the company’s intention to build the world’s first completely electric commercial seaplane fleet. The magni500, which was unveiled at the Paris Air Show in June, 2019, is a high-power-density electric propulsion system that provides a clean and efficient way to power airplanes. Today that plan took flight and became a reality.

“In December 1903, the Wright Brothers launched a new era of transportation—the aviation age—with the first flight of a powered aircraft. Today, 116 years later, with the first flight of an all-electric powered commercial aircraft, we launched the electric era of aviation,” said Roei Ganzarski, CEO of magniX. “The transportation industry and specifically the aviation segment that has been, for the most part, stagnant since the late 1930s, is ripe for a massive disruption. Now we are proving that low-cost, environmentally friendly, commercial electric air travel can be a reality in the very near future.”

Air France and Shell have signed a memorandum of understanding signaling their intent to fuel flights from San Francisco International Airport using a blend of conventional and sustainable aviation fuel (SAF) with effect from 1 June 2020.

This collaboration between Air France, World Energy, and Shell exemplifies what the industry needs; a supply of SAF that is mature enough to be integrated into airlines’ daily operations.The SAF is notably made from inedible waste fats and oils. This RSB-certified alternative fuel meets strict sustainability standards and can be delivered via the airport’s hydrant system. The airline anticipates that this initiative will help save approximately 6,000 tons of CO2 over a period of 16 months.Air France has long advocated the creation of a viable sustainable aviation fuel sector. A pioneer in its use on commercial flights, Air France first initiated experiments as early as 2014 and has since heavily invested in innovation, working hand-in-hand with researchers.

This is another example of the airline’s commitment to reducing its environmental footprint at every step of the value chain. Its sustainable development agenda for 2030 involves cutting CO2emissions by 50%, which Air France notably aims to achieve by investing in fuel-efficient aircraft.

Anne Rigail, CEO of Air France: “Sustainable Aviation fuels are integral to our sustainability approach. They constitute an immediate concrete response to our environmental challenges and we must encourage their production. This initiative in California demonstrates that when states set up incentive mechanisms, production picks up and airlines are given the means to take action. We as a community must look at this as an example and duplicate it around the world, notably at home, in France.”

Anna Mascolo, Vice President Shell Aviation: “Along with new technologies and offsets, sustainable aviation fuels have a huge role to play in reducing emissions from air travel. With urgent action and industry collaboration it is possible to fly and emit less. However, we are still at the beginning of the journey with significant opportunity to increase the supply of sustainable aviation fuel and replicate successes such as this globally. At Shell we are committed to working with the industry towards a more sustainable aviation industry. Commitments like this from Air France can only help accelerate this journey, giving producers the assurance to invest in building refinery capacity and enabling us to develop the supply infrastructure required.”

Bryan Sherbacow, Chief Commercial Officer, World Energy: “We are proud to enable Air France and Shell to deliver a low-carbon fuel solution to their aviation customers. The route to widespread availability and use of sustainable aviation fuel is awareness and supportive policy similar to that of California. This important collaboration elevates visibility with both international consumers and legislators.” 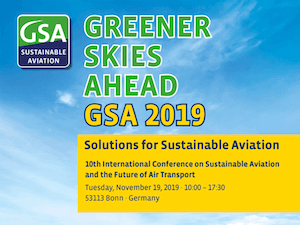 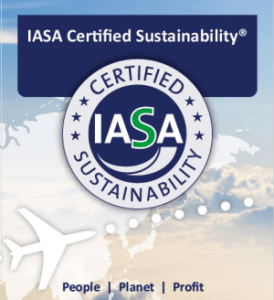